Running on Empty: Canada and the Indochinese Refugees 1975-1980 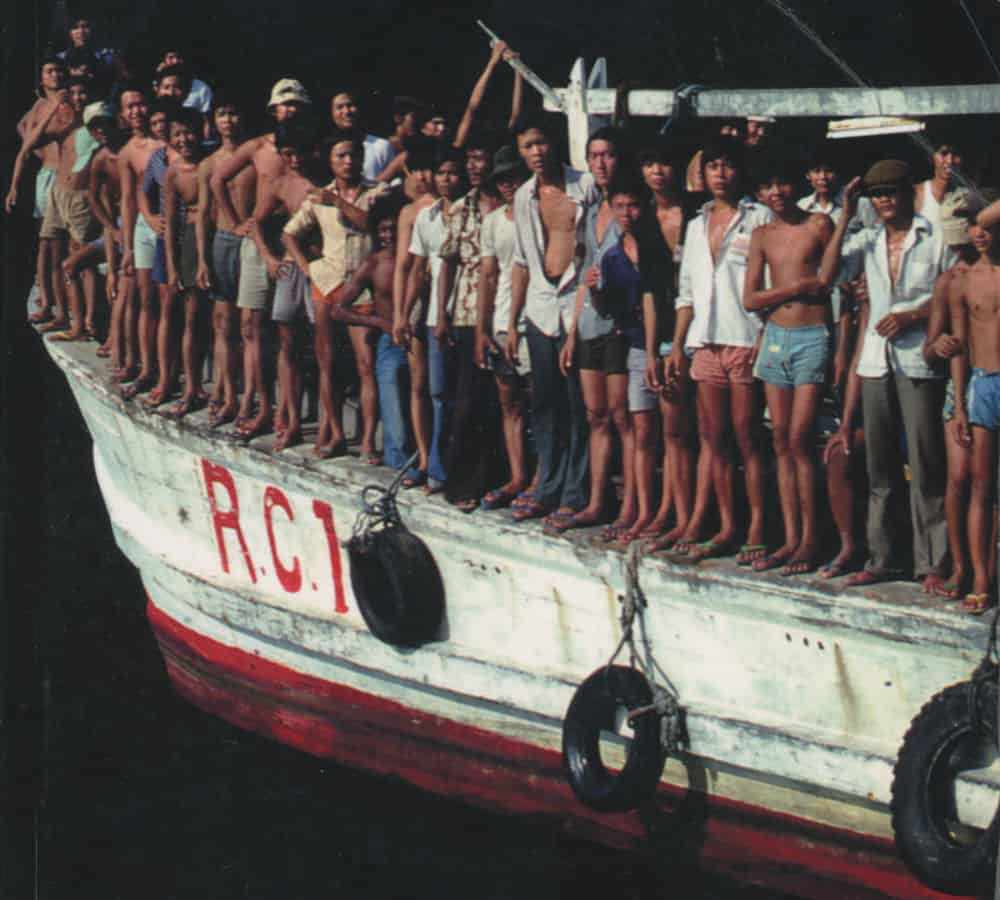 The fall of Saigon in April 1975, triggered the largest and most ambitious refugee resettlement effort in Canada’s history. Running on Empty presents the challenges and successes of this bold refugee resettlement program. It traces the actions of a few dozen men and women who travelled to remote refugee camps, worked long days in humid conditions, subsisted on dried noodles and green tea, and sometimes slept on their worktables while rats scurried around them – all in order to resettle thousands displaced by war and oppression.

Vietnam, Cambodia and Laos fell to communist forces in April 1975, creating a flood of refugees: Running on Empty focuses on the efforts of Canadian public servants in Southeast Asia and Canada to meet an unprecedented commitment to resettle tens of thousands of these refugees before the end of 1980.

Responding to intensive media reports of dramatic outflows of Vietnamese “boat people” and massive population displacements from Cambodia and Laos, Canada’s federal government committed to the admission of first 5000, then 12,000, then 50,000 and ultimately 60,000 refugees. In a remarkable outpouring of humanitarian concern, thousands of Canadians from every field of endeavor took advantage of a new private sponsorship program to support the admission and resettlement of 40,000 of the refugees, people whose cultures and languages were profoundly different from the Canadian mainstream.

This massive humanitarian undertaking relied on the efforts of a rather small number of government employees, immigration officers, doctors, RCMP officers and members of the Canadian forces. As the title indicates, by the end of 1980 — after intense efforts selecting refugees from remote Southeast Asian camps on tiny islands and in the depths of steaming jungles, welcoming them at reception centres in Montreal and Edmonton, matching them

with sponsors and communities and sending them to small towns and big cities across Canada — public servants were exhausted, they were “running on empty.”

The goal of this book is to record this great endeavour in the words of those who made it happen. This is not a dry academic book. Its stories are often heartwarming, sometimes tragic and occasionally humorous. In gathering accounts from many sources, Running on Empty describes the immediacy and challenges of resettling refugees. Contemporary photographs provide the visual backdrop to the dramatic events in Southeast Asia. Some typicalnarratives contained in the book: The story of visa officers, military pilots, NGO personnel, provincial bureaucrats, and the wives of diplomats rescuing Vietnamese and Cambodian babies from Saigon under siege.

High sea rescues by freighter captains, the odysseys of these boat people across oceanic distances and how Canadian officers travelled from distant embassies to accept them. Canada’s leading role in accepting refugees off the Hai Hong, a freighter with 2,500 refugees on board, stranded near the coast of Malaysia. The recollections of three visa officers helicoptered to a tiny, remote island in the South China Sea to interview a thousand stranded boat people. The arrival of the first refugees at CFB Longue Pointe in Montreal and the efforts of Canada’s military to help them during their first days in Canada. A refugee liaison officer in Kitchener handling a difficult question posed by a newly arrived Hmong refugee from Laos: “what does it mean to be a good woman” in Canada?

In addition to first-hand narratives by public servants, Running on Empty, through an analysis of archival records describes the evolution of Canada’s immigration and refugee legislation and its implementation. The new legislation, as well as the leadership provided by successive Canadian governments, both Liberal and Conservative, created the domestic and international policy framework which embraced ethnic diversity, through which Canada’s public servants selected and resettled refugees from Southeast Asia between 1975 and 1980. One of the most important elements of the new Immigration Law of 1976 was the private refugee sponsorship system allowing ordinary citizens to assume responsibility for resettling these refugees. That these non-European refugees were enthusiastically embraced by Canadians contributed decisively to the success of this movement. “Running on Empty” was written under the auspices of the Canadian Immigration Historical Society (cihs-shic.ca). The publishing of the book coincided with the initial discussions that led to the Hearts of Freedom project. Having told the Canadian side of the story, CIHS is pleased to be associated with this initiative to give voice to the refugees from Vietnam, Laos and Cambodia.