In 1979, Sam An Eam, his pregnant wife and their five children trekked with much trepidation, towards the Thai border and away from war-torn Cambodia. They built a make-shift raft in order to cross the crocodile-infested Mekong river, only to find themselves caught up in the dictates of the Thai authorities. During this time, they gave birth to a daughter, whom they named Samnang, (Lucky in English). The whole family would soon fall ill. They didn’t have access to medical care or medications and as a result, four of the six children lost their lives within a short period of three weeks.

When they arrived at the refugee camp, the family struggled to adjust to the overcrowded retreat that offered limited resources to the refugees. The family tried several times to obtain refugee status with different Immigration authorities in the refugee camp, but failed in their attempts. Eventually, they met with Canadian immigration officials who approved their request to migrate to Canada. The family is grateful to the officials of all of the agencies and organizations that contributed to their successful resettlement in Canada. 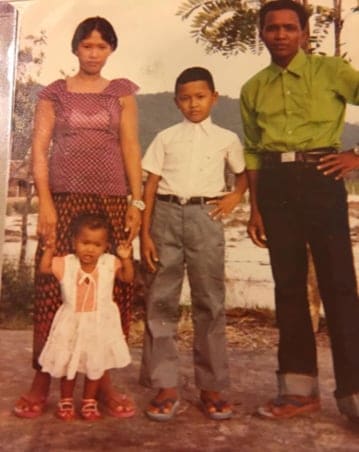