Patricia Marshall was born in England in 1944. Her family immigrated to Canada when she was nine years of age and she experienced, through her mother’s difficulties in adapting to Canada, the loneliness and frustrations of settling into a new country.

Ms. Marshall pursued her education in Ottawa and obtained a Masters Degree in Education (Counselling). In 1979, while she undertook her studies, she joined a group of individuals at her Catholic church who expressed an interest in sponsoring a Southeast Asian family. This sponsorship was one of hundreds that came about under the auspices of Project 4000, an initiative of the Mayor of Ottawa, Marion Dewar.

In late 1979, the sponsors welcomed a Cambodian couple with a child to Ottawa. Ms. Marshall volunteered to befriend that family and provided care and support to the wife and child for a significant period of time. In 1980, in order to complete her Masters degree, Ms. Marshall was accepted by the Ottawa Carleton Immigrant Services Organization (OCISO) to accomplish a field placement in counselling. Following the placement, she was hired as a Settlement worker and Volunteer Co-ordinator at OCISO. During her tenure at the agency, she assisted many Vietnamese families to settle in the Ottawa region.

After 10 years of service, Ms. Marshall left OCISO to work with the United Nations High Commission for Refugees (UNHCR). Once again, she spent many years supporting refugee resettlement from South-East Asia as well as refugees from other parts of the world. 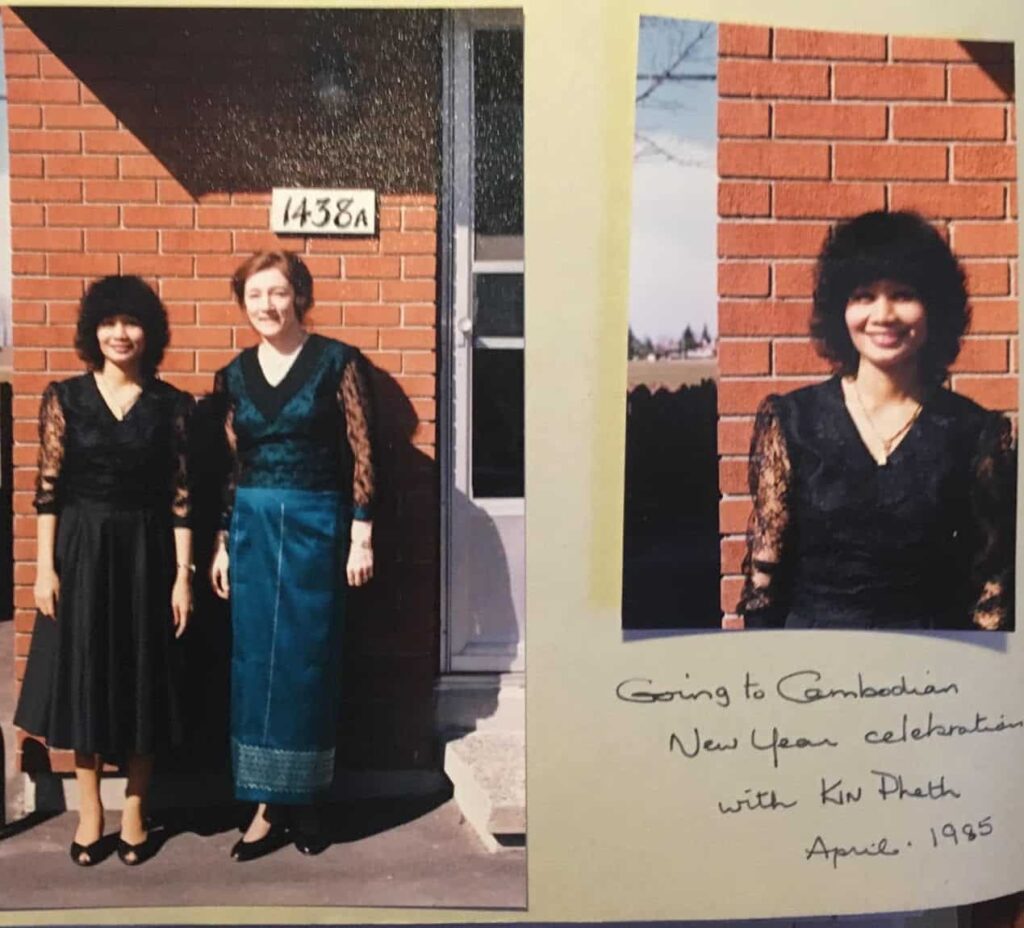 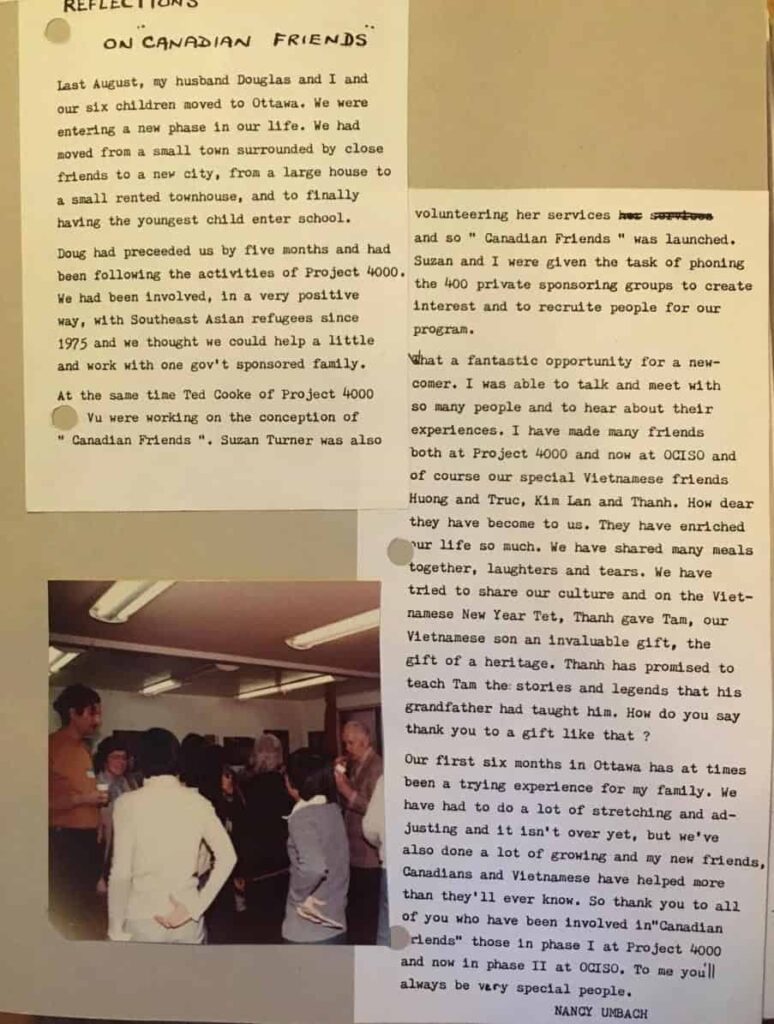 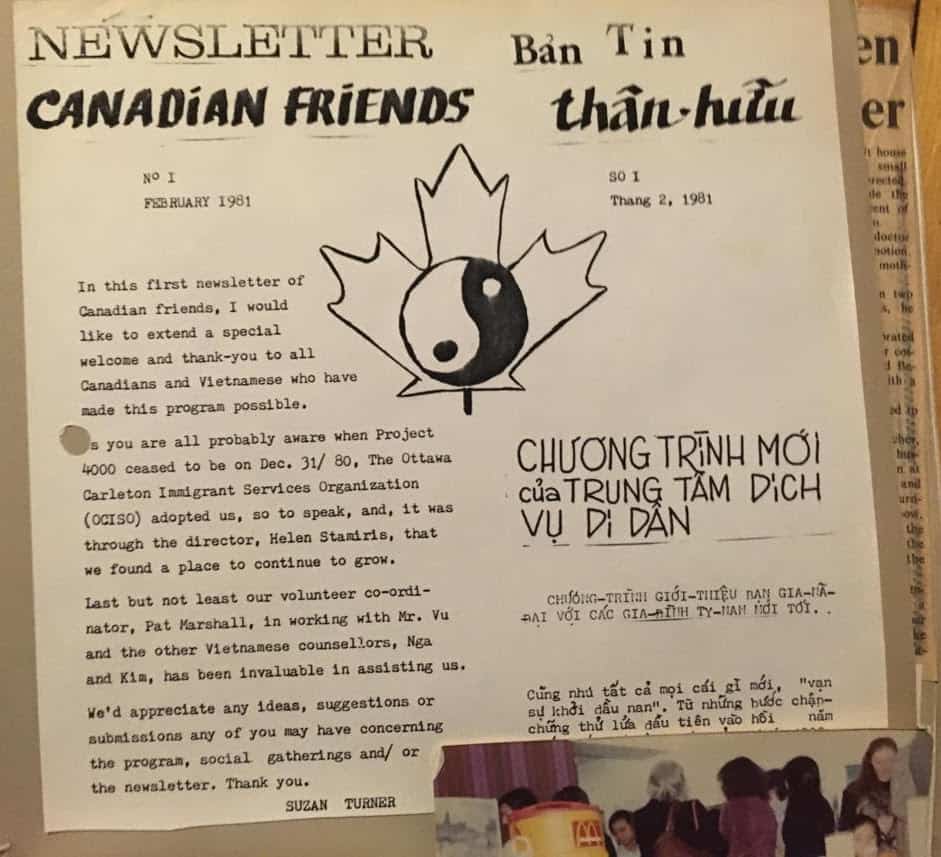 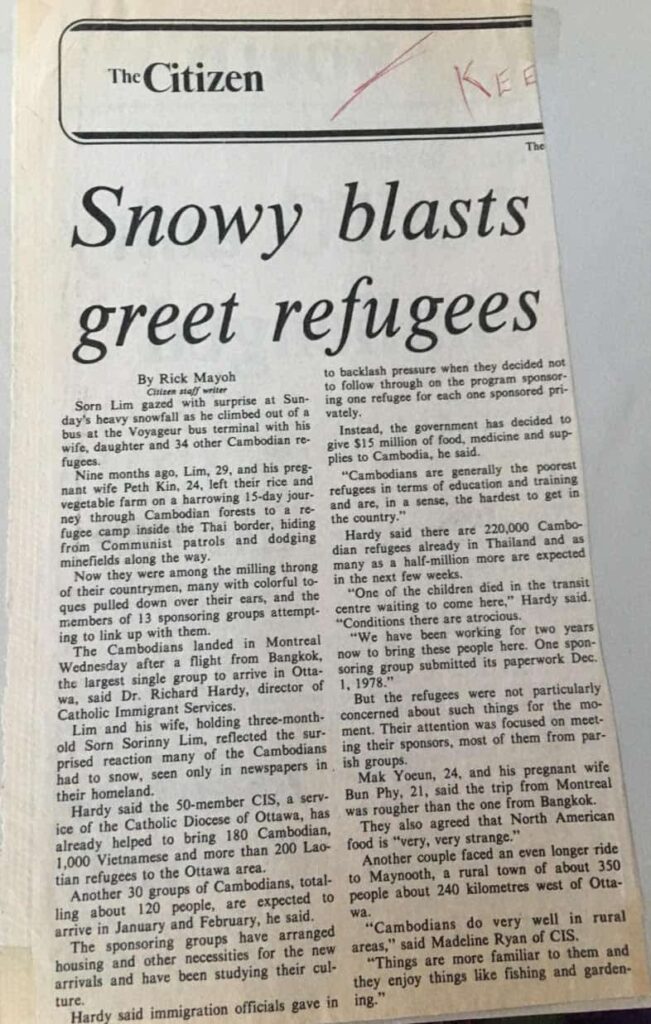 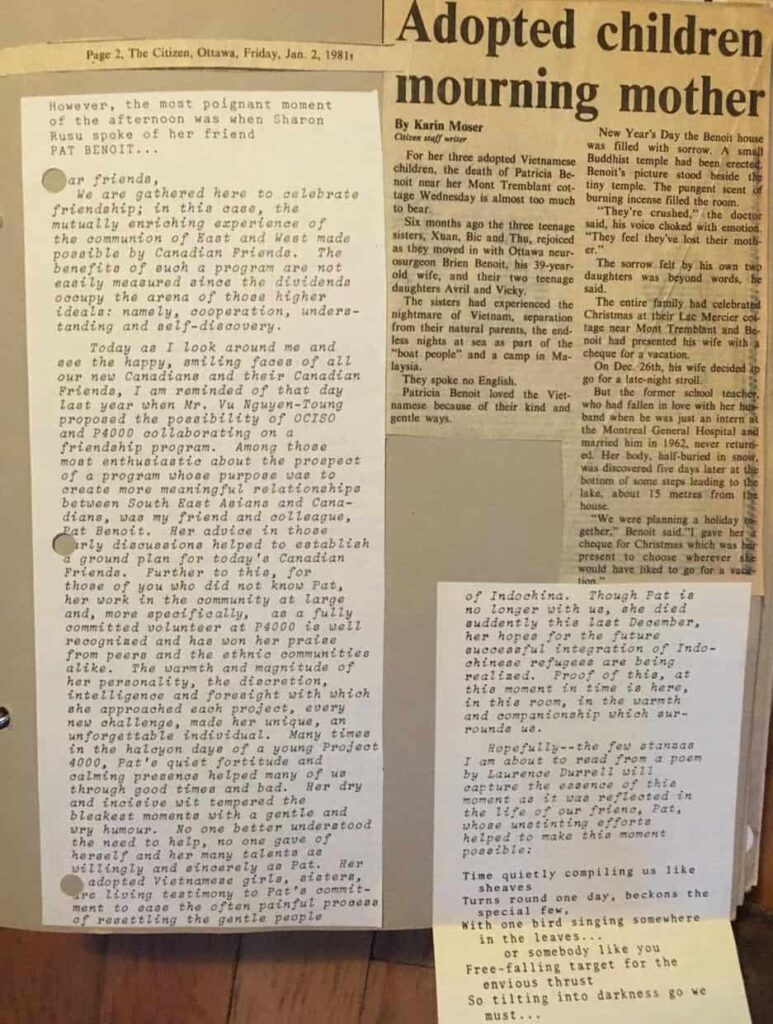 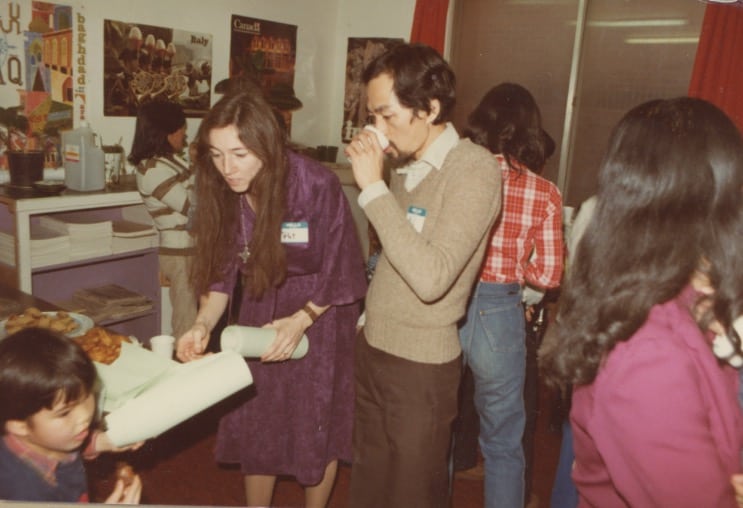 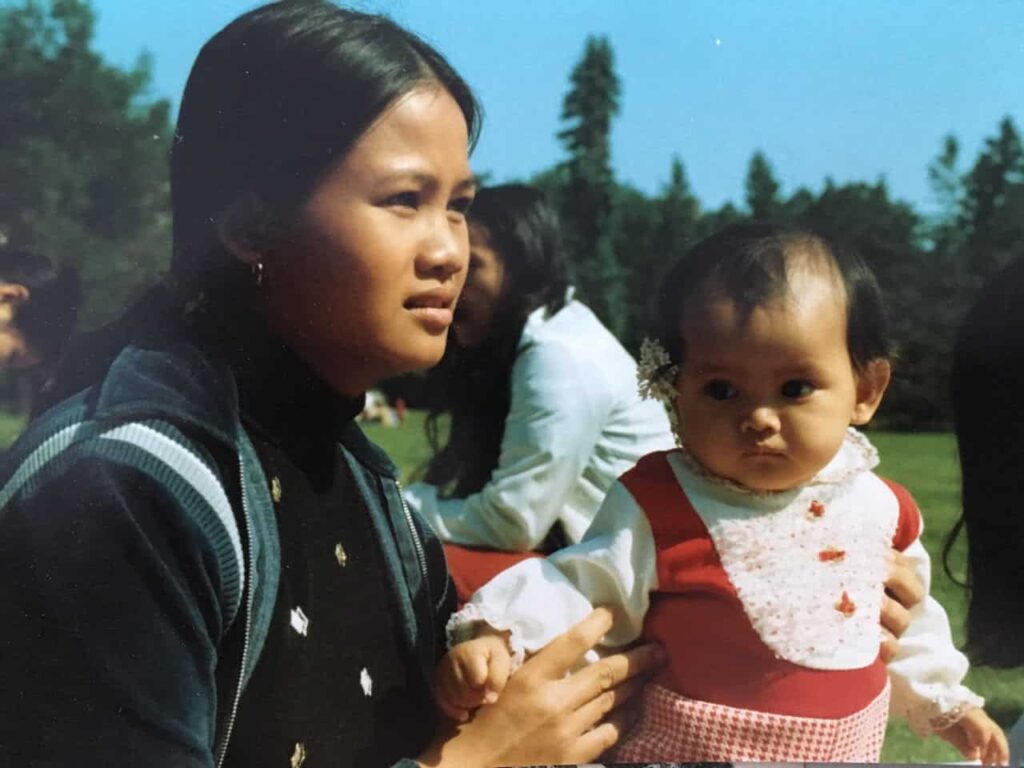 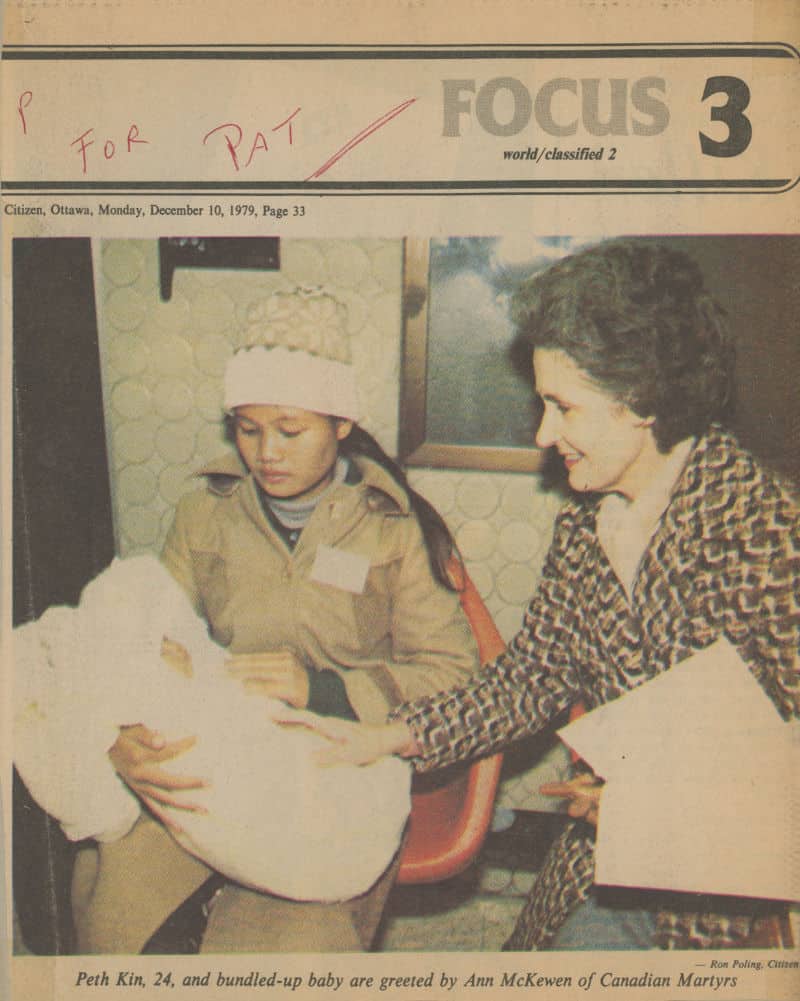